You can't rush US!

Posted by Unknown at 2:31 PM No comments: Links to this post

I modified a Kostiner roll film washer for both sheet/ roll film, it was ten years ago.
Kostiner film washer is a tube style in round shape, for it is designed for 135/ 120 roll film, sink developed film rolls into tube, let running water flow from bottom and overflow on top, with bubble generated with water, to clean films.

Round shape tube makes sheet film hard to use, and I managed to modify it into sheet/roll film washer.

1. Cut out the tube, leave square shape washer base, and re-glue the tube into a square shape. 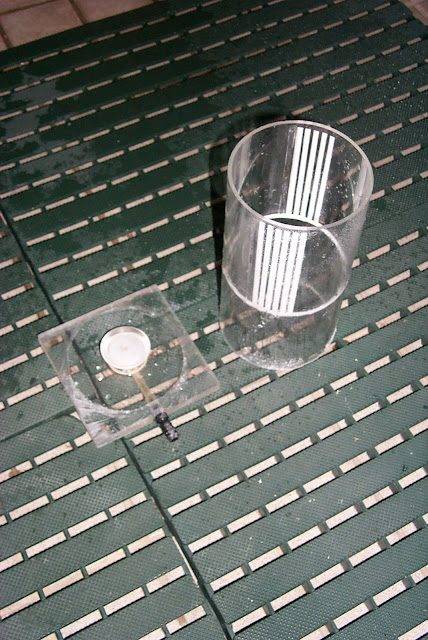 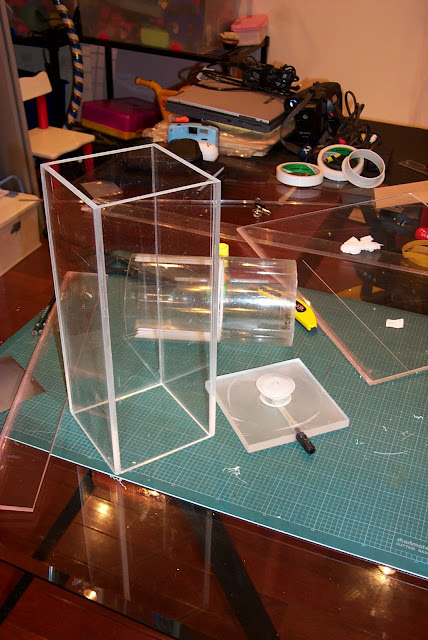 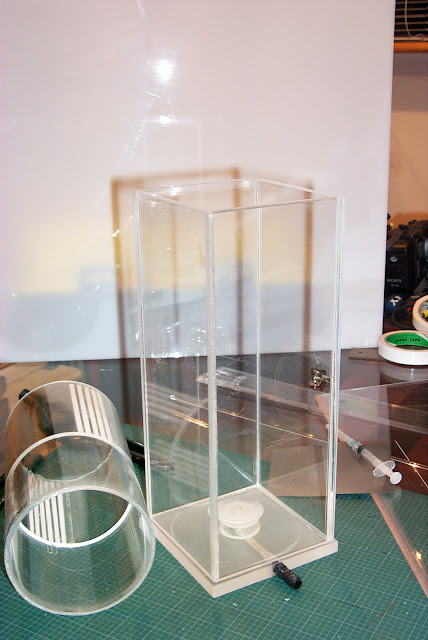 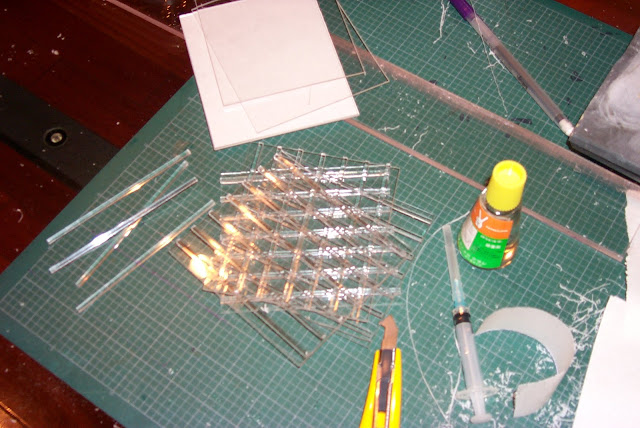 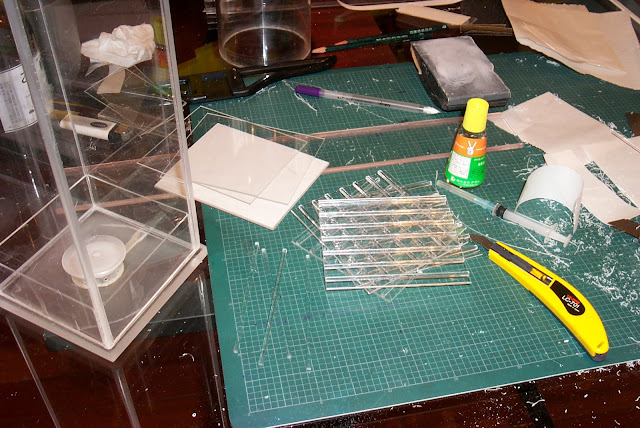 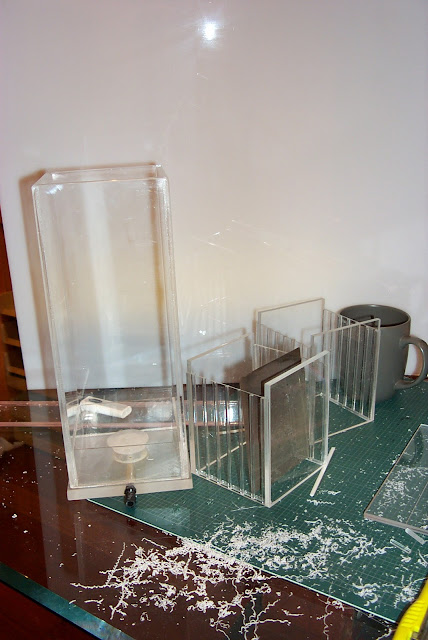 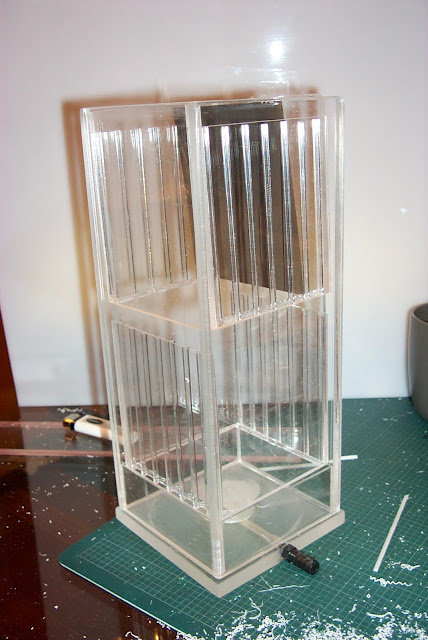 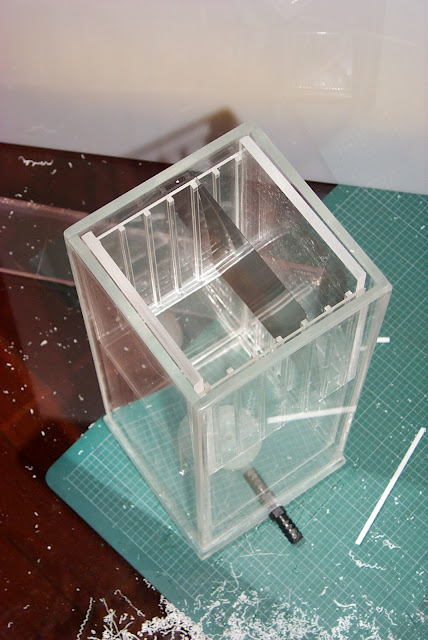 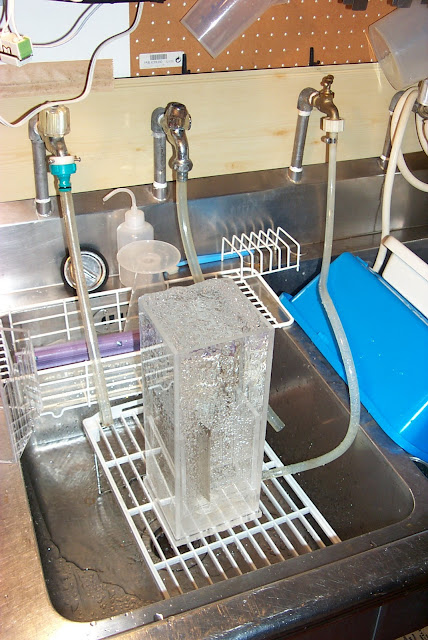 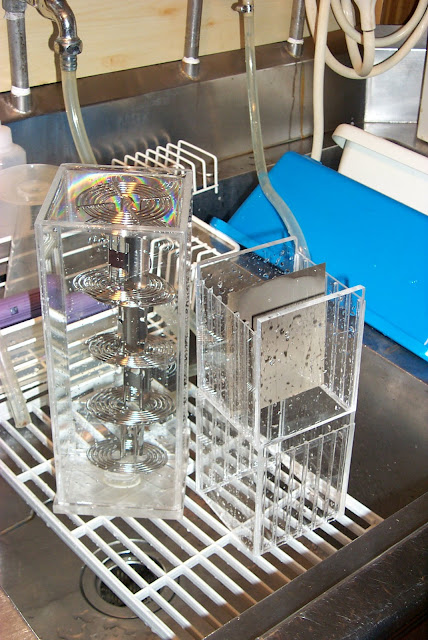 4. For even better foolproof when inserting film into ditches, make separation of each film with arcylic tubes, effects are great! 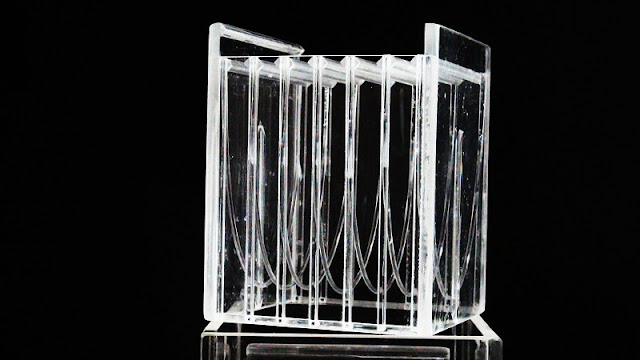 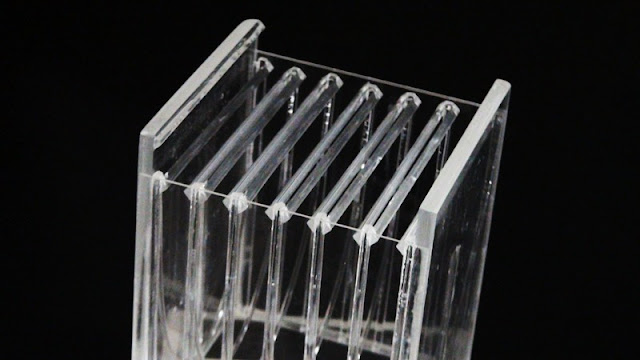 5. Finally, build some small boxes to hold one hanger only, so I can use them as film fixer container or for water stain remover. I use BTZS tubes to develop films, and with this box, 500 c.c. of fixer can easily do their job, and this way I don't have to worry scratches generated during fixing step.

Posted by Unknown at 10:19 AM 3 comments: Links to this post

Byron workshop, half DIY your own camera!

Time's up, thanks for the mails who are interested in the course. To those who receive confirmed mail for workshop, please send US$900 to my Paypal account sali.honba@msa.hinet.net, and prepare your camera + lenses, we should start at the end of this month.
Daniel
Tim wrote to me and he makes the point, that I set the deadline of application at 10/16, how come I reject others before the date?
So I will leave 2 more participants available for who send mails to me before 10/16, candidates will be considered after the date arrived, so no hurry, take your time, just send your mail before 10/16.
thank you very much.
6 participants, hope I can handle that well.....
***
Amazingly, 6 appliers for workshop already, so please do not send your mail to me now, workshop takes four participants only. thank you very much. Daniel
***


I've been thinking about this recently, since one of my craftsman got stroke months ago, I can't stop wondering, what if I GOT stroke, will my unique Polaroid 4x5 conversion discontinued?
Pass my thought to friends, and thinking of letting more people could own Byron camera, I would held an experimental workshop, to help participant build one.
But the procedure could be very difficult if all by instructions only, there are some steps which needs special tooling, and some steps need CNC lathe machine, not everyone could find a helping hand around.
So I will ask participants follow my instruction, in some steps, to send their parts to me, I will help them to finish those steps, and then let them go on to next step.
I envision there will be about two steps for sending back parts, by sending back their parts, I will enclose all the parts needed for building Byron, including those tailored parts that I designed, exclusive for Byron.
The most complicated parts now I think most people will encounter, will be at the step building bellows, not yet decide whether I will make one for each other, or let them try, so there will be sort of experiments in it, participant not only need to be skillful on DIY, prepare all kinds of hand tools, and need a lot of patience, willing to help me to perfect the instruction, so there will be one complete instruction left when the camera is build, workshop at the end.
Workshop will take about 3 months for the course. It should start at the end of this month. Instruction will be released one by one, as a step for every two weeks,
Cost will be US$900, including all parts and two shipping postage during the course, but I am asking if anyone is interested in this way of DIY, let me know, mail me, all I need is about 4 participants, besides hand tools, you have to prepare your own Polaroid 110B plus lenses you choose, (or 110A + 900) and the conversion type (limited in Type A or B), drop me a mail, we could communicate privately.
If you are interested in this way, please let me know before 10/16. You are not really in the workshop by sending mail, just let me know if there are people who are interested.

thank you very much.
Daniel
salihonba@gmail.com

ps. DIY instructions will not be published in public, only participants are allowed to login and read it.
You can choose one Prime lens for matching cam curve, that is, your range-coupled lens. I will grind the cam curve for you, but I need you send the lens to me. other lenses you choose for Byron will be un-coupled range finding.
Posted by Unknown at 9:51 PM 10 comments: Links to this post