Had been measured and plotted 6 RF mechanisms last week, to verify their consistent performance, thus if they are, we can refer it as a constant, so the only variation of the cam curve is from lens focal performance. 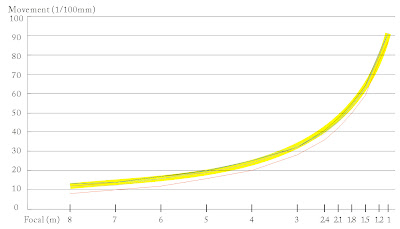 Except curve No.4, all six curves has very similar character, indicates the RF mechanism is fairly consistent at their performance on focusing, but there DOES has mechanism like curve No.4, whose character is different, I would call it a "mine", for it is impossible to find out before you bought such a vintage camera produced sixty years ago, actually you could not expect too much. Luckily most people didn't convert 110B as an lens interchanging camera, so they never know.
Nevertheless, most of the RFs are good, but I prefer inspect one by one, before I made the dedicated cam grinding.
Posted by Unknown at 1:24 PM No comments: Links to this post

Never expect it so hard to buy grinding grit in Taiwan.


My previous version of gg panel was made of bakelite, and the ground glass is a piece of transparent acrylic sheet in 3mm thickness, frosted surface is from a thin layer of laminator sheet sandwiched between Fresnel lens and acrylic sheet.


Laminate sheet sleeve is for laminator to hot press the sandwiched photos or id card, to form a protect cover, very thin, fine evenly distributed frosted surface, but after hot press and rolled out from laminator, it becomes transparent. It is easy to get in any stationary store, and in 100sheet pack, you can choose any size you want, in my case, 4x6 inch sleeve is enough, I had to cut some edges.


I tried Scotch Magic tape before, but in my own opinion, laminator sheet is better. 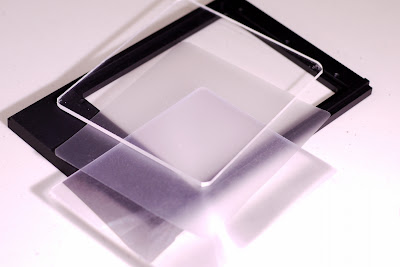 Last week I received new version aluminum gg panel, some minor modifications from previous version. Panel surface was sand blasted and dyed in matte black, looked much better quality than bakelite one. I put in Fresnel lens, laminator sheet, and then finally acrylic sheet on top, fixed with folding hood and six screws with washers. Left one is the new version, six big washer help fix the hood also the ground glass, and screw holes on hood edges are far more robust than old version, not easy to crack anymore, and looks more flat at side. 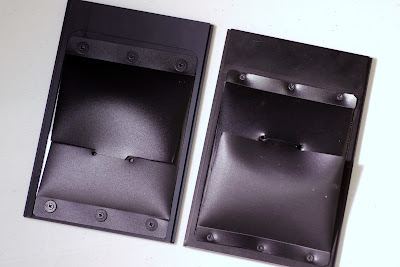 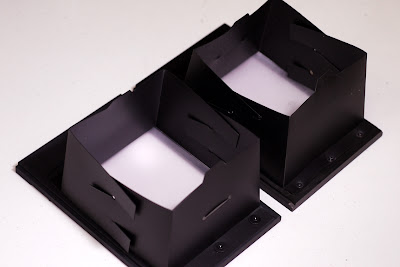 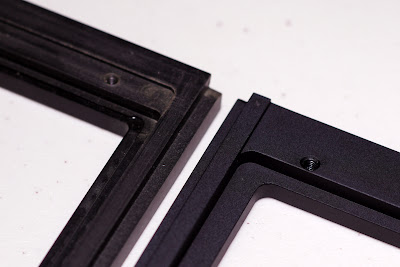 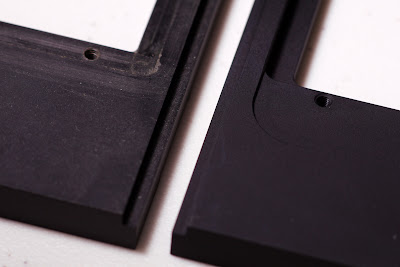 But then I compared my gg panel with the one on my Linhof Tech IV, first focus with Linhof gg panel, then replace it with my panel, my frosted surface obviously coarser, thought the focal point is dead on.


I thought that Byron is dedicated for snaps, and gg panel is for occasionally used as view camera, so the gg panel is not so critical. But as some requests from clients asking for better quality ground glass, and since the panel is upgraded from bakelite to aluminum, maybe I should consider a finer frosted surface.


I ordered some 3mm thick glass panels, and acrylic panels too.


There are articles about "how to make your own ground glass", easy to find them on web, but the grinding grit, aluminum oxide in 15 micron is not a common product to find in Taiwan's auction market, I made some calls, and most of store sells them in bulk package, 20 or 25kg, that is too much to me, I can use it for the rest of my life and to my son, and to my grandson!


Finally a shop is willing selling me in 2kg package, but in higher price, what can I say? I almost kneel down and kiss his feet.


Took a glass sheet in about A2 size as plate, I sprayed a tea spoonful of grit on it, with some drips of water, then acrylic panel face down, I began to made rotate grinding on it. 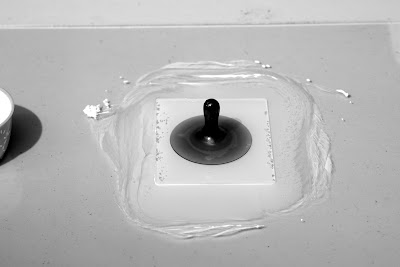 To made it easier to hold the panel while in grinding, I used a silicon sucker which has a big handle on it, so rotate the panel on glass is smooth and easy, no fingers directly touch the panel, avoiding any chance that wrong side of sheet got ground.
About 5 min for a panel, then I immersed the panel into water, wiped it with a towel, to check if there is any hot spot, there is, especially at the center, means that sucker makes center get less pressure, so I had to leave the panel away, with fingers evenly pressed on panel, make second rotation grinding. 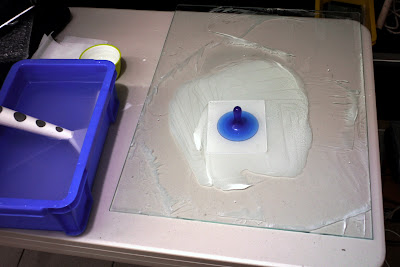 That's about another 5minutes, then a panel with evenly frosted surface is done! With same way I make glass panel too, comparing two panels as ground glass, I can not tell the difference. 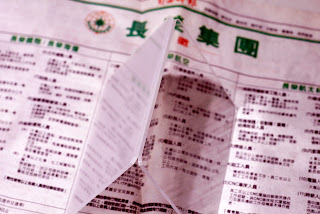 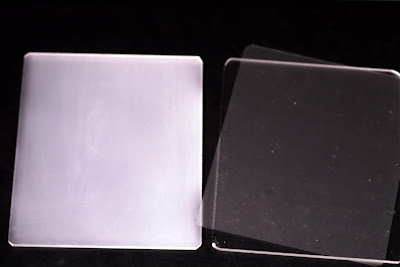 I focused the same object, with two versions of gg panel.


This is from old version (Fresnel lens+ laminate sheet+ transparent acrylic sheet), there is some circular pattern on frosted surface, that is from Fresnel lens. 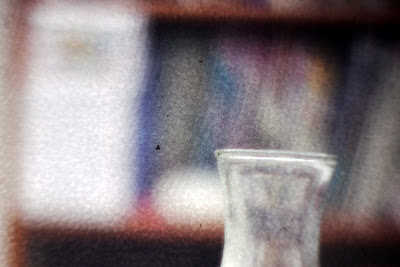 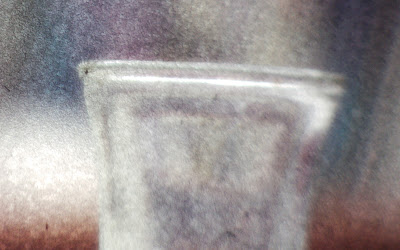 And this is from new version, Fresnel lens+ frosted acrylic sheet. Fresnel lens pattern is also distinguishable, but less than old one. 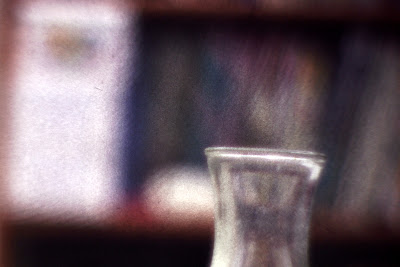 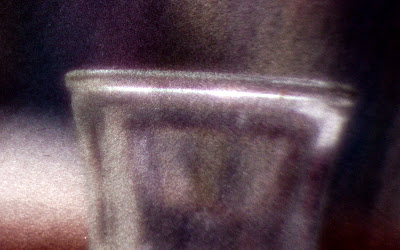 It's not so obviously to tell in taken images, but it's easy to tell by naked eyes that frosted acrylic is finer than laminate sheet with transparent acrylic.

Which one will you choose? Acrylic? Glass?
Posted by Unknown at 7:24 PM 3 comments: Links to this post