Just found out that I never post images of storing chamber, so here they are: 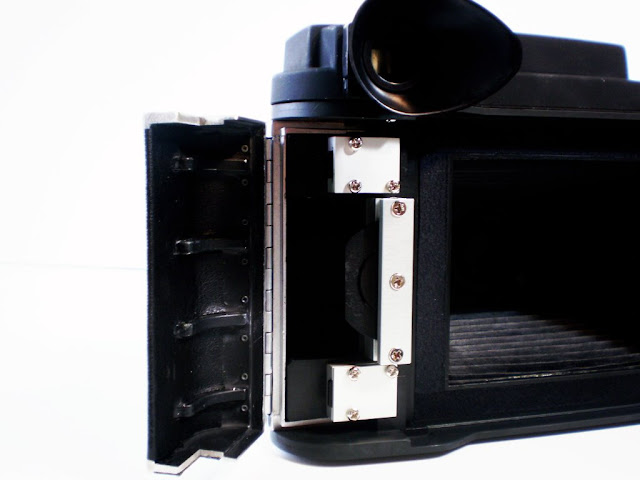 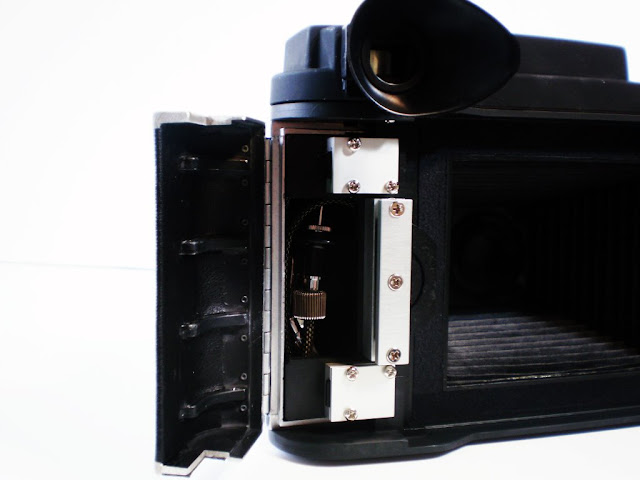 Shutter release and lens cloth can be stored in the chamber,  door closed tightly, controlled by a tiny screw just under the eye cup (a silver shinny one), can be adjusted if you feel it too tight or loose.
Posted by Unknown at 4:39 PM No comments: Links to this post

Emily has new covering and bellows

Emily with a Grafmatic film back, Looks nice and neat. But she needs a new lens board 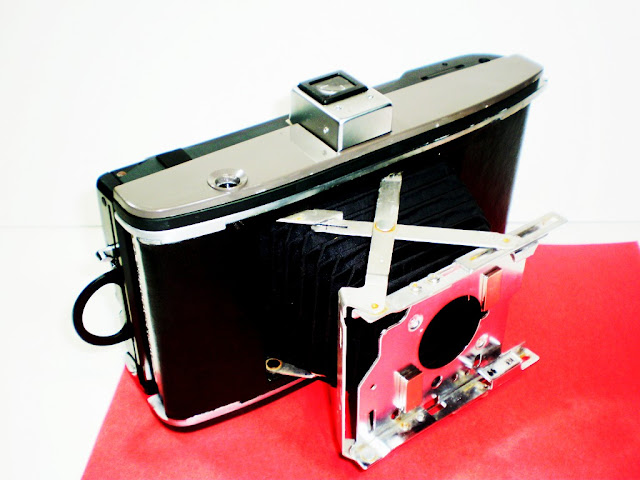 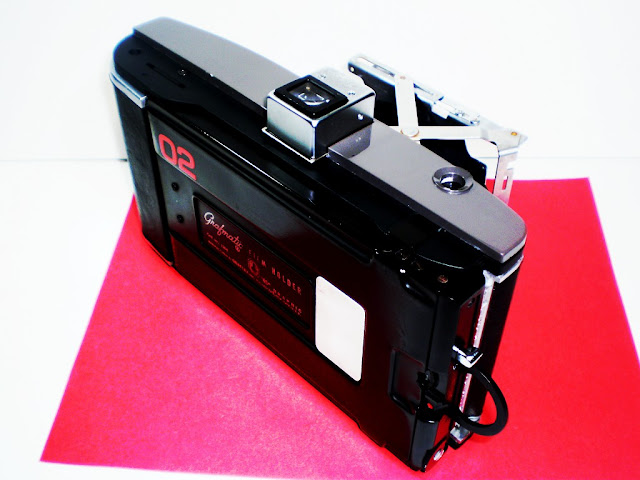 Posted by Unknown at 6:57 PM No comments: Links to this post

I decided to named my J66 WA 4x5 rangefolder "Emily".
The basic frame is ready
Accept lens in focal length 90mm and shorter, I hope to mount a 47mm lens to see how it looks like. 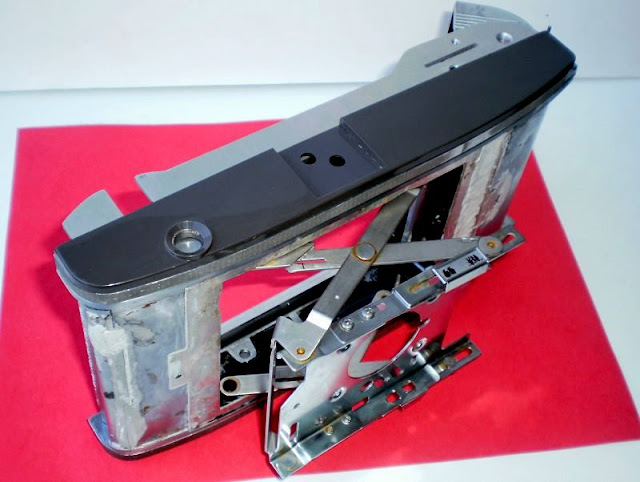 She will be a fixed lens WA 4x5, share the same back system with Byron, but need a new designed helical focus system.
Keep working on it. on her. 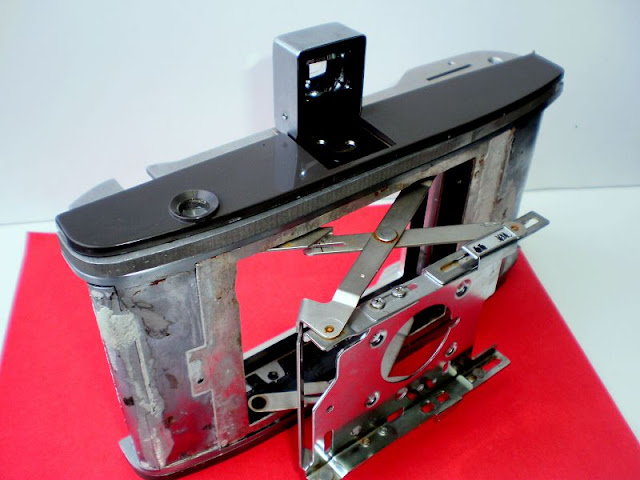 You know what? Comparing with the single plastic lens that J66 uses as taking lens, its rangefinder made in much better quality, really don't know what was Polaroid thinking when designing J66. 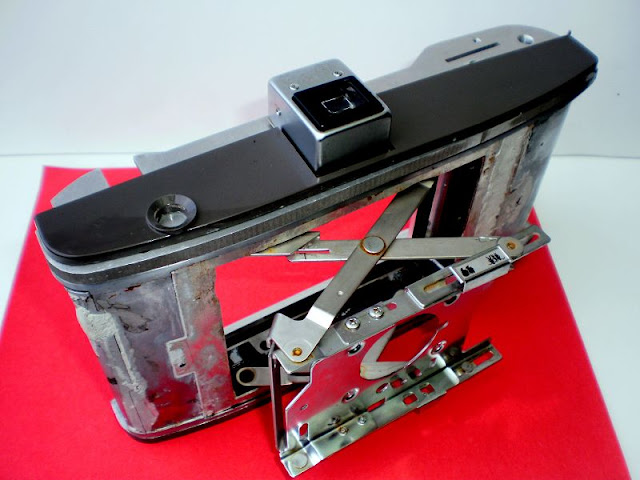 Posted by Unknown at 8:21 AM No comments: Links to this post

This world is crazy now!


Blocked by left side teeth and blocking plate, I said that 3x4 Polaroid instant film hold could be used on Byron, but had to use 10 films every time, in my last blog.

So I tried to solve this problem. One guy in other forum asked about the similar question, his camera blocking the dark slide from inserting back, I suggested him to cut out the part that blocks, and then think maybe I can solve my problem in similar way.

But not to cut out something, thus, to replace something.

First, I have to mask the hole exposed by lathing last time I modified film holder. The work is simple, to glue a thin layer of black plastic on it, the result is satisfied, you wouldn't notice it modified already. 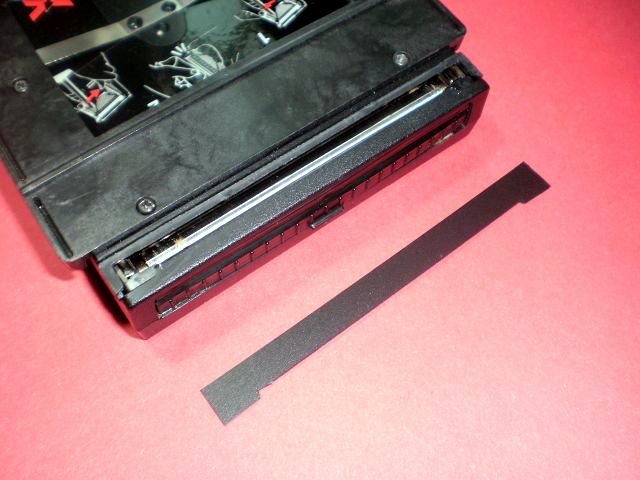 Secondary, to solve that dark slide can not insert back problem.
Use the same thin layer of plastic, made a dark slide same as original. 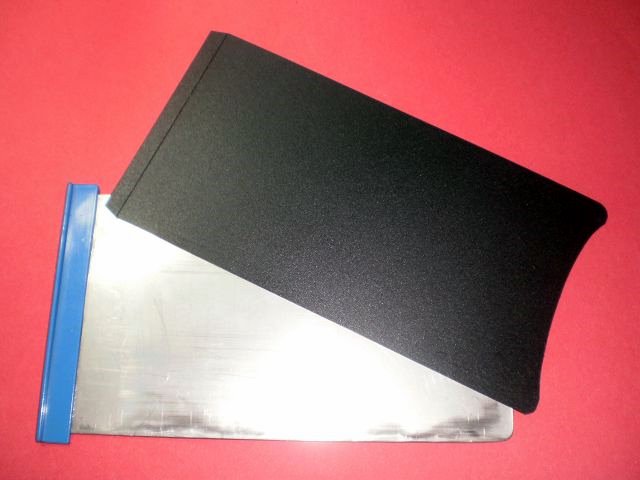 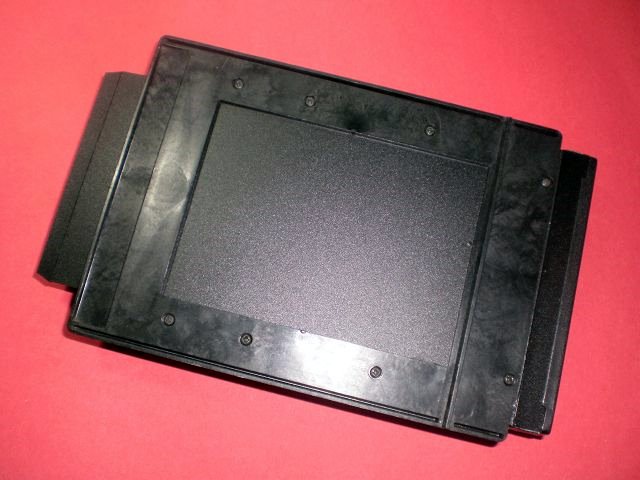 Since the slide is not so stiff, plastic dark slide now can be pulled out or inserted back anytime during the shooting. 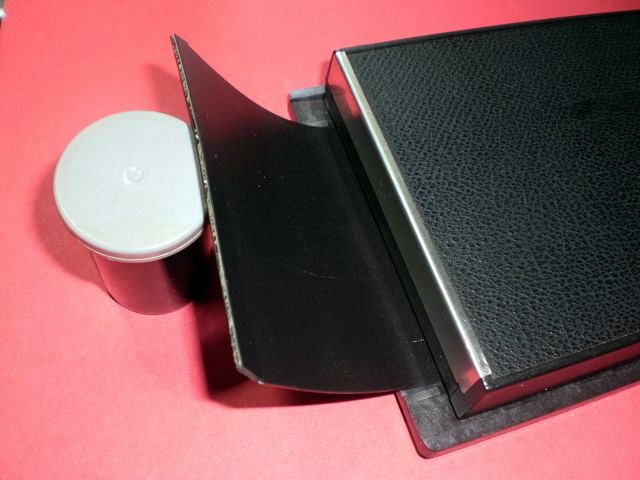 Need a little bit of practice, then you can figure out the way to handle this flexible plastic dark slide.

The final problem, lock/unlock the holder cover, that will take me two days, to be continued.

After two days tests and designs, I managed to utilize the holes on the cover, to make a rather "high tec" lock. 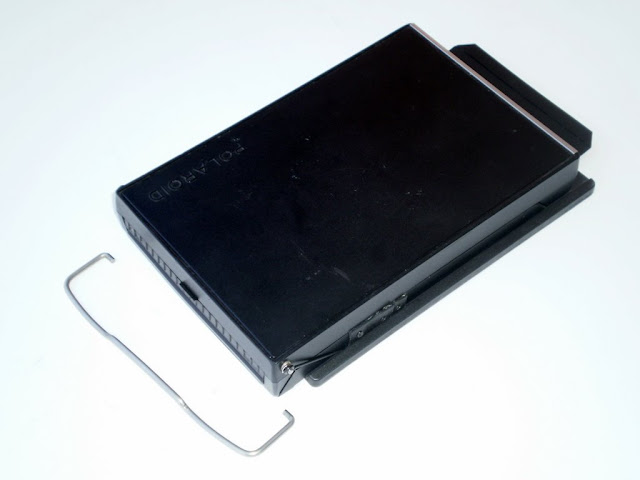 Replacing the lock handler with a steel rod through the holes, and fixed by e-rings, now the rod extruding a little bit, as two handles.
Then implant a spring steel loop each side, them lock the cover. 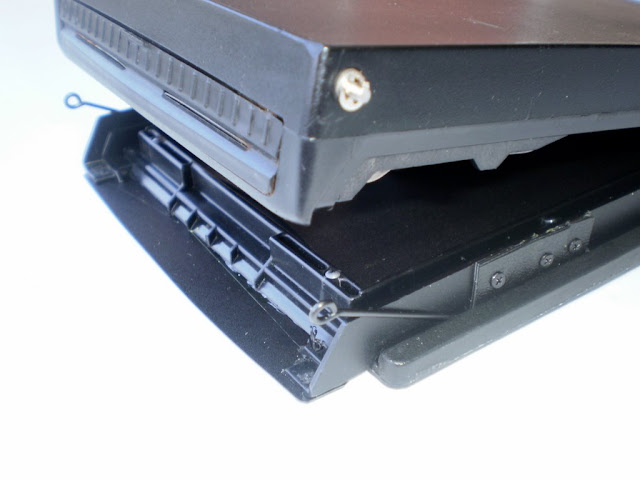 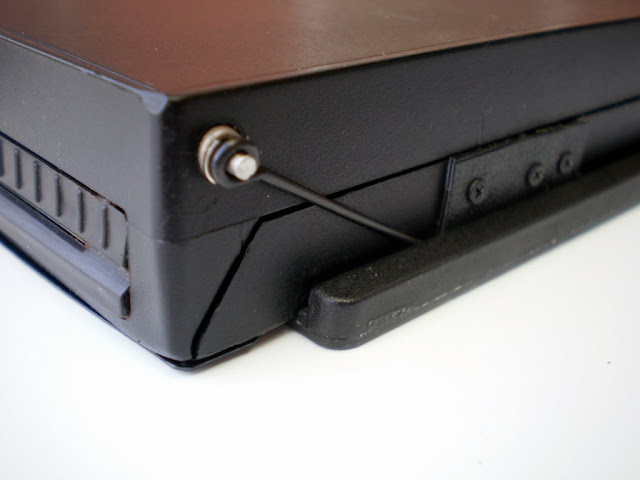 Looks nice, and feel good to use, I am proud about it, took me two days.

Then my kid George came asking me what I am doing, I explained to him and operated to show off, he listened and looked at me, in a weired expression :"that is a cover isn't it? just for lock and unlock, right?","yes." I replied.


Then he went away and back within ten seconds, showed me his solution. 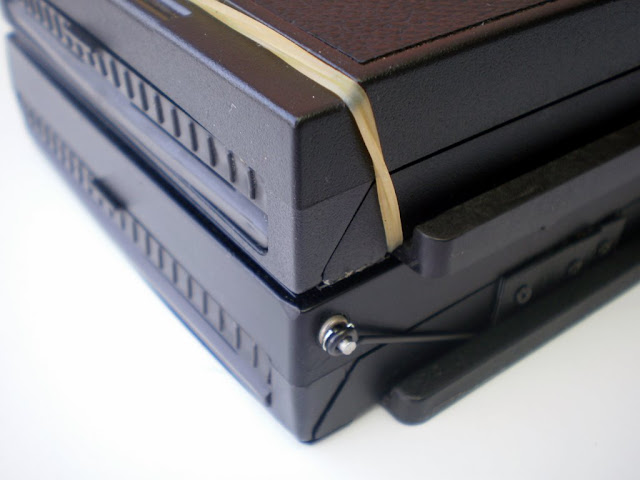 A rubber band! I had to admit it, that is the best solution. 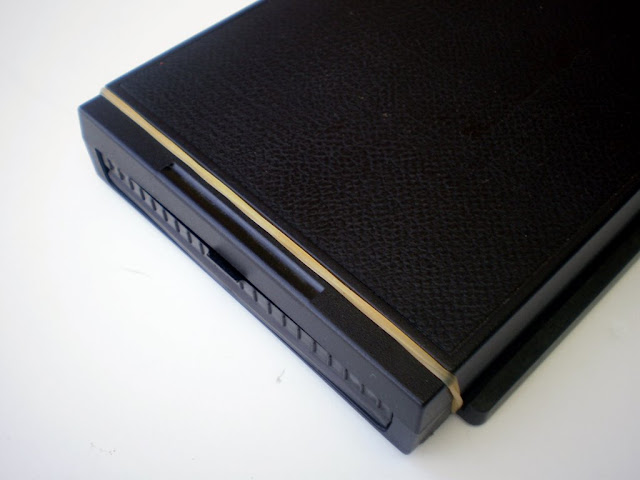 Posted by Unknown at 12:00 PM 2 comments: Links to this post